Happy New Year!
HomeDVT or Blood Clots
Back to Our Services

DEEP VEIN THROMBOSIS: WHAT YOU SHOULD KNOW ABOUT BLOOD CLOTS

WHAT IS A DVT AND WHY IS IT DANGEROUS?

Deep Vein Thrombosis (DVT) refers to blood clots that form in the deep veins of your body, most commonly in your legs. The deep veins are the ones that you cannot see on your body surface. When a blood clot (termed thrombus within the body) forms suddenly in a deep vein and stops the flow of blood towards the heart, the vein becomes bigger and can no longer effectively drain the affected leg of venous blood. The clot in the deep vein in essence causes a roadblock and causes the venous traffic to back up and find alternate routes (usually through the superficial veins) to get back to the heart. If large enough, the obstruction and lack of proper venous emptying of the leg thus causes symptoms such as pain, tenderness, and swelling. 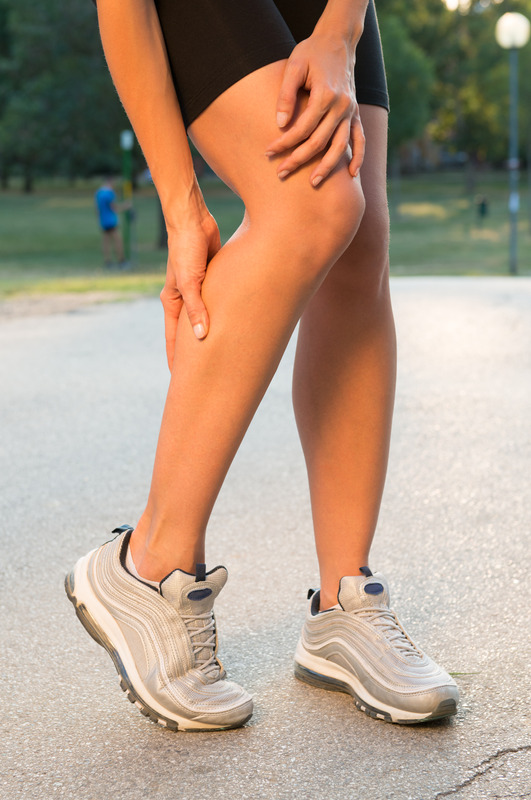 Venous Thromboembolism (VTE) refers to the fact that blood clots in the deep veins formed in one part of the body are prone to break off and travel to the heart and lungs causing potentially lethal results. When the blood clot travels to the lungs, it is called a pulmonary embolus (PE). Thus DVT and PE are different manifestations of VTE. Normally, the right side of the heart (right ventricle) pumps blood via the pulmonary arteries to the lungs. The lungs in turn oxygenate the blood and return it to the left side of the heart (left ventricle), the main pumping chamber that ejects the blood throughout your body. If you are unlucky enough to sustain a massive PE, a so called “saddle embolus”, the blood clot lodges in the main pulmonary artery. When this happens the right side of the heart essentially tries to pump against a door that has been “slammed shut” and cannot either eject blood or refill. The lungs in turn do not get new blood to oxygenate and send back to the left side of the heart. This leads to cardiopulmonary collapse and sudden death. Symptoms of a pulmonary embolus, when present, include sudden shortness of breath and chest pain, or shock. The beguiling problem lies in the fact that most DVT’s do not cause symptoms. However, when they do, the first presentation can be sudden death from a large pulmonary embolus.
Pic: massive PE on its way.

SCOPE OF THE PROBLEM:

Deep venous thrombosis is the most common preventable cause of hospital death. It occurs in of medical and surgical patients. However, it is more common in medical than in surgical patients and in fact approximately 75% of all hospital deaths from PE occur in non-surgical patients. Of over 10 million medical and surgical patients at risk for DVT/VTE per year at U.S. hospitals, approximately 1 million will be diagnosed with DVT/PE. In 2002 alone, there were an estimated 296,000 deaths from PE. Of these, fully one-third were sudden and fatal. Others have estimated that death occurs in approximately 6% of those with DVT and 12% of those with PE within one month of diagnosis. Equally ominous, is the fact that the majority of symptomatic VTE occur after hospital discharge. We commonly associate the period of highest risk with being in the hospital and this is likely the case. Once home however, there exists a period of time that one is still at risk of DVT /PE while one is on the way to recovery. Thus in some patients, prophylaxis for DVT/PE is maintained for a period of time even after hospital discharge.

WHAT ARE THE CAUSES OF DVT?

There are many known risk factors for DVT. Some are inherited and cannot be changed while others are acquired and may be transient or permanent. The most common risk factors in hospitalized patients include those with a prior history of DVT/PE, cancer, the elderly, trauma patients, and those who are immobile or who have had recent surgery. Indwelling intravenous lines are now also gaining more attention as iatrogenic causes of DVT and PE. With respect to age, it is estimated that one’s risk of DVT/PE around age 40 is 1 per 10,000 persons annually while at 80 years old it is 5-6 per 1000 annually. This equates to a 50-fold higher risk from age 40 to age 80. Other risk factors include inherited blood clotting disorders, obesity, smoking, congestive heart failure, severe respiratory disease, hormone replacement (estrogen), pregnancy and the post-partum period. As stated before, varicose veins are also associated with an increased risk of DVT/PE.

Deep venous thrombosis, however, is not just is a problem for hospitalized patients. Clearly, the untimely death of CNN news correspondent David Bloom from a PE in 2003 highlighted this fact. Vice-President Dick Cheney and former Vice-President Dan Quayle also developed DVT’s thought to be related to travel. Risk factors such as prolonged immobilization and travel play a large part in those who develop DVT/PE outside a hospital setting. It is thought that the duration of travel plays the most important part. In one study, travel of more than 4 hours doubled the risk of DVT/PE. More importantly, this period of increased risk persisted for weeks after the journey. In others, a DVT or PE may present without any known risk factors (termed idiopathic) and studies must be undertaken to determine the root cause.

Many DVT’s and PE’s are asymptomatic. If one is known to have the risk factors mentioned and develops asymmetrical arm or leg swelling, an ultrasound of the affected extremity can diagnose whether or not a DVT is present. There is also a blood test that can help establish the absence of a DVT to an accurate degree if one is not a hospitalized patient. A pulmonary embolus can be detected by a CAT scan with the help of intravenous dye. About one-third of people who have a DVT will also have a PE. Clearly, the more dangerous situation is a first presentation as a PE rather than a DVT. However, because both DVT and PE can be asymptomatic, a high index of suspicion must be present to detect them.

WHAT IS THE TREATMENT FOR DVT/PE?

Whether for DVT or PE, the treatment is the same: anticoagulation (blood thinners). It is the duration of treatment that differs. Generally, blood thinners such as heparin and LMWH (low molecular weight heparin, for example Lovenox), help to keep the clot from becoming larger while over time your body breaks down the blood clot. The blood thinners are started as intravenous infusions or shots under the skin and then one is transitioned to oral blood thinners, the most common being coumadin. If for any reason a patient who has or is at risk for DVT cannot be placed on blood thinners, then something called an IVC (inferior vena cava) filter can be placed. This is an umbrella like device that is placed into the inferior vena cava and is positioned between the clot in ones legs and the lungs. The idea is that if any large clot breaks off from the legs and is travelling towards the lungs, is would be trapped by the filter. (see pic). Some people develop an extensive blood clot that could potentially lead to a loss of an extremity. This is termed an iliofemoral deep venous thrombosis with phlegmasia. In this instance, true “clot busting” medications are used in concert with a minimally invasive technique called catheter-directed thrombolysis (CDT). The clot busting medicines called lytic agents are placed directly into the clot with catheters that then act to immediately break down the clot. (DVT 2) Note the distinction made between blood thinners versus lytic or clot busting drugs. If abnormal lesions are seen within the vein at the time, catheter based techniques such as angioplasty and stenting may also be used. The trade-off with lytic therapy is that serious bleeding can be a side-effect in a minority of cases. This is the reason that most DVT’s are treated with anticoagulant drugs (blood thinners) and not clot busting drugs. The treatment for PE is the same unless a patient is in a state of shock. In this instance, systemic lytic therapy is advocated or under extreme circumstances, emergency surgery (a pulmonary embolectomy) may be performed to remove the clot. Thus vascular specialists have at their disposal a variety of minimally invasive techniques that that are used in conjunction with clot busting medications to treat this condition.

IF I HAVE A DVT HOW LONG DO I NEED TO BE ON BLOOD THINNERS?

The answer is: it depends. For someone who has what is called a transient reversible risk factor, for example, a traveler who develops a DVT with no others risk factors, current guidelines recommend LMWH for a minimum of 5 days together with oral blood thinners for a period of three months. At the other extreme are persons with known active cancers who develop DVT/PE. As long as their cancers are active, they would remain on anticoagulant therapy indefinitely. Lastly, if someone is at risk of DVT but has not yet developed a DVT, a reduced dose of anticoagulant medicine, usually one shot per day of Lovenox, is given. This has been shown to substantially decrease the risk of getting a DVT. Hospitalized patients are usually placed on this regimen prophylactically unless there exist reasons to the contrary.

Another potential long-term consequence of DVT that needs to be mentioned is Post-Thrombotic Syndrome (PTS). As mentioned earlier when a blood clot develops in a vein, over time the body dissolves this clot. Sometimes the process can damage the valves of the vein or the vein itself. Blood then flows backwards in the veins towards the feet again and causes pain, engorgement, and swelling. This is known as venous reflux. If the reflux goes on for some time, the venous pressure in the legs increases and when sufficient damage has been done, the skin starts to become discolored and can break down. In extreme cases, reflux and venous hypertension cause venous ulcers which can be a significant cause of disability and pain. These are all manifestations of the post-thrombotic syndrome which occur in 20-50% of patients within 1-2 years of a DVT. To decrease the incidence of PTS, the wearing of graduated compression stockings is recommended for a period of at least two years.

DVT and PE are dangerous manifestations of venous disease and remain the most preventable cause of hospital deaths. They also occur outside the confines of a hospital and may not cause symptoms until too late. Awareness of their risk factors and symptoms is paramount if diagnosis and treatment are to be rendered in a timely manner. Effective treatment is available and vascular specialists have the requisite expertise and tools to provide comprehensive care in the management of this disease entity.